Galata Tower, which is among the symbols of Istanbul, is also one of the oldest towers in the world. We have written for you what you need to know about the Galata Tower, which was included in the UNESCO World Heritage Tentative List in 2013…

Galata Tower is one of the first places that come to mind when it comes to places to visit in Istanbul. This 63-meter-high historical building, which has been one of the most important symbols of the city for centuries, offers its visitors the opportunity to see 360-degree panoramic views of the city. Galata Tower, which is visited by hundreds of thousands of local and foreign tourists every year and expected to host 1.5 million visitors in 2022, takes its name from the Galata district where it is located.

Galata Tower was the tallest building in Istanbul until the construction of Beyazıt Tower in 1749. During the Ottoman period, Galata Tower functioned as a prison, observatory and watchtower. After restorations in 1960, Galata Tower was commercialized and opened to the public. Today, the tower functions as a 360-degree viewing platform of Istanbul.

Now, let’s get to know all aspects of this magnificent tower, which has been among the iconic structures of Istanbul for centuries.

Galata Tower was built by whom and when

Where is Galata Tower

Galata Tower is located in the Galata district of Istanbul’s Beyoğlu district. Galata Tower, built in a position overlooking the Bosphorus on the European side of Istanbul, is located between Şişhane and Karaköy.

How to Get to Galata Tower

There are many different ways to go to Galata Tower.

Private Vehicle : You can reach Taksim from Tarlabaşı road by entering the Galata Tower sign on the left side. There are many parking lots around Galata Tower. You can leave your car in these car parks and proceed to Galata Tower.

Metro : If you prefer to use the metro, you can use the M2 Hacıosman – Yenikapı line. You can reach Galata Tower by getting off at Şişhane stop and then walking for about 5 minutes.

Tramway : T1 Kabataş – Bağcılar tram line is also one of the transportation methods you can choose. You can get off at the Karaköy stop and walk the hilly road on the right to reach the Galata Tower. The road is not long, but it can be a bit tiring.

Soldiers used the round arched window above the door for surveillance. Galata Tower has a very high ground floor and it is a nine-storey building with 146 stairs after the ground floor.

Today, it is observed that the part of the Galata Tower up to the third floor has a Genoese character, while the other floors have an Ottoman character.

The tower is open to visitors every day of the week. Galata Tower visiting hours are as follows;

If you are planning to go to Galata Tower on the weekend, we have to say that there will be very crowded and long queues. Therefore, if possible, if you go on weekdays or early hours, you can enjoy the unique view of the tower more and take unique photos.

If you have a museum card, you can enter Galata Tower for free.

Hezarfen Ahmed Çelebi is a Turkish scholar who was born in 1609 and was the first to fly in the world. It is known that he lived in the 17th century, during the reign of Sultan Murad IV, who reigned between 1623 and 1640, and was known as Hezarfen among the people because of his extensive knowledge. Hezârfen Ahmed Çelebi took the example of another Turkish scholar named İsmail Cevheri and realized the primitive form of today’s aircraft.

So how did he do it? Hezarfen Ahmet Çelebi first studied the flight of birds and made his first exercises in Okmeydanı by watching the wind to measure the durability of his wooden wings, which he prepared before his historic flight from the Galata Tower. Then, one morning in 1638, in front of the eyes of the people of Istanbul, who gathered on the shores by wearing wooden wings on his arms, he left the Galata Tower and glided 6 km into the void, crossed the Bosphorus and landed in the Doğancılar district of Üsküdar. This flight made such a big impression that it was met with interest even in Europe and England, and engravings showing this flight were made. Thus, Hezarfen Ahmet Çelebi has become one of the most important names in Turkish aviation history.

Watching this situation from the Sinan Pasha mansion in Sarayburnu, Sultan Murad IV was very interested in Hezârfen Ahmed Çelebi at first, but doubting the existence of such a knowledgeable and resourceful man, he exiled him to Algeria. Hezarfen Ahmed Çelebi died there.

The only historical record of Hezârfen Ahmed Çelebi is in the famous Ottoman traveler and historian Evliya Çelebi’s Seyahatnâme. 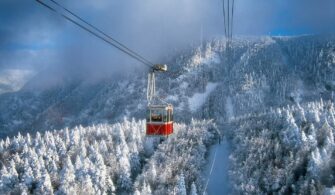 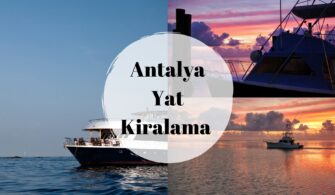 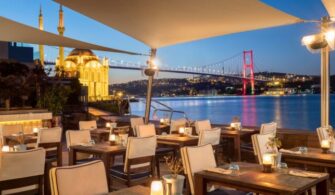 Istanbul Hotels Near the Bosphorus: 11 Hotels That Will Allow You To See The City From A Different Perspective

As one of the largest cities in the world, Istanbul offers countless accommodation alternatives. However, those… 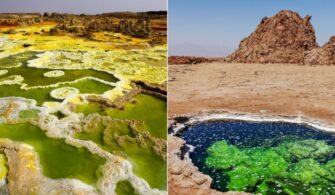 The Hardest Living Place on Our Planet: Danakil Depression, Also Known as the Realm of Death

The Danakil Depression, defined by the British explorer Wilfred Thesiger as the "Land of Death",… 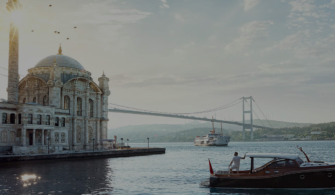 A. HISTORY: TURKISH NAME:  Various opinions have been put forward regarding the meaning of the… 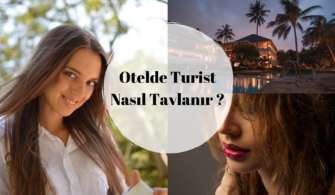