But the main thing we will focus on in this article is food.

When we say Bursa cuisine, the first thing that comes to mind is Iskender kebab, right? But Bursa is much more than that! İnegöl meatballs, chestnut candy, Kemalpaşa dessert, pita meatballs, walnut Turkish delight, cendere baklava, tahini pita and many more! Let’s examine together what to eat and where to eat in Bursa.

What to Eat in Bursa? Where to Eat

We already know that there are many people who go to Bursa just to eat İskender. “Where to eat iskender in Bursa?” The first answer to the question is Mavi Mağaza. “Kebapçı İskender”, which was founded in 1867, has been known as the best İskender Döner in Bursa since its establishment (it is also the first İskender restaurant opened in Bursa).

We can say that the doner kebab you will eat at the place next to the Tayyare Cultural Center in the center of Bursa will make you forget the doner kebabs you have ever eaten! Despite being such a famous place, don’t expect a big venue. Do not be surprised if you see long queues in front of the venue, which can host around 40 people.

We are sure, many people have never heard of cantik before 🙂

Cantık, which is quite famous in Bursa, is a kind of pita, but it is a smaller and rounder pita. If you want to eat it for a snack, you can eat 1, but if you are hungry, as we said, you should eat at least 2 small in size. Similar to pita, cantık has varieties such as minced meat, cheese, egg and cubed meat. The price is quite affordable compared to the pita.

One of the places that makes Cantık, one of the delicacies you must taste while visiting Bursa, is the Acı Uncle Cantık Hall, which has been in service since 1959. The most important thing that distinguishes this place from other cantik halls is that the minced meat is more juicy and delicious. When you visit the place, the smell of the candies coming out of the oven will almost enchant you! Acı Uncle Cantık Hall is open every day of the week between 08:00 – 19:00.

Meatballs with Pita is actually a dish close to Alexander in logic.

We can describe meatballs with pita as iskender pita at the bottom, meatballs, tomato sauce and butter on top. Yes, instead of iskender doner, there are meatballs, that’s the only difference. If you come to Bursa, give the pita meatballs a chance, which is as famous as İskender among the locals of the city, you will not regret it.

One of the most famous places for Meatballs with Pita is Green Pita Meatballs. Hüsamettin Sunneli, the founder of this business, which has been serving for more than 40 years, is already the inventor of Pide Meatballs. Other favorite flavors of the place are Bursa kebab and halva with milk. Yeşil Pide Meatballs is open every day of the week between 11:00 and 20:30.

Since we talked about meatballs, let’s move on to İnegöl, the town of Bursa famous for its meatballs. The most important feature of İnegöl Meatballs, which is famous throughout the country, is that it is made without seasoning by using lamb and beef at the same time.

When we say pita, meat, cubed or minced meat always comes to mind, right? Bursa has made a difference in this regard! You should definitely try Tahini Pide, another famous taste of Bursa. This soft flavor suits every day in summer and winter. Whether you’ve been to Bursa for breakfast or afternoon tea, don’t leave Bursa without tasting this delicacy.

Abdal Simit Fırını is a place that has become famous for its Bursa bagels. The products produced in the oven, which was established by Resul Şahin in 1969, have been cooked in wood fire since the first day it was opened. They state that their bagels are made of flour, salt and yeast, and that they do not use any other additives in their bagels, and that’s how real bagels are made.

Of course, simit is not the only product cooked in Abdal Simit Bakery, which has managed to survive without sacrificing its taste since the first day. You can also experience Bursa’s famous tahini pita in this bakery. The unique Turkish delight with walnuts is another flavor that should be tried at this address.

Candied chestnut, one of the famous desserts of Bursa, is a dessert consisting of a mixture of chestnuts and sugar syrup. Candy chestnuts, which is a dessert made by dipping boiled chestnuts into boiling syrup after being peeled, tied to cheesecloth, also has varieties covered with flavors such as chocolate.

Ulus Patisserie, founded by Hacı Rasim Öztat in 1928, is also the first place where candied chestnuts were sold. In this respect, it is possible to say that it has a historical significance. As you know, Bursa chestnuts are big and beautiful, this situation attracted the attention of Rasim Efendi and he boiled them and produced candied chestnuts. Thus, the first chestnut candy sale took place.

Ulus Patisserie is a place that had a great share in making the candy chestnut famous first in Bursa and then throughout the country. So much so that the candied chestnut produced here was taken all the way to Ankara and served to Atatürk. Today, Ulus Patisserie is run by Rasim Öztat’s grandchildren. Ulus Patisserie, which also has an international award, is currently serving on Atatürk Street. 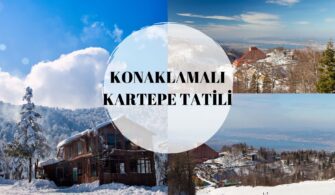 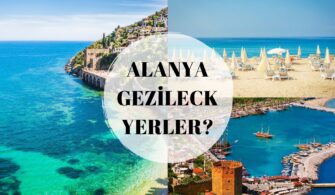 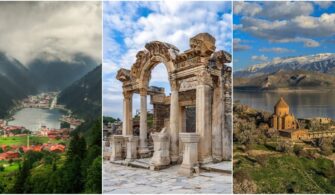 Our country offers many places to visit with each of its 81 cities. Each region and… 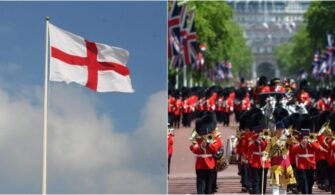 England is one of the most important countries in history. This ancient civilization has been one… 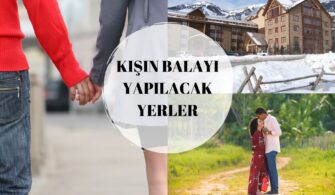 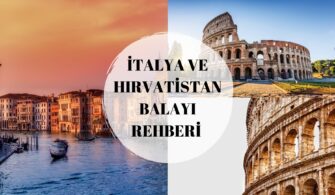